What can hormones tell you about your pregnancy? 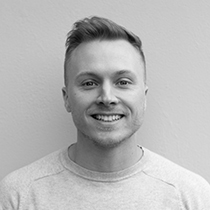 Throughout pregnancy, your body becomes flooded with hormones. As pregnancy progresses, you can experience emotional and physical changes, from feeling weepy to experiencing changes to your digestion.

But what can hormones tell you about how your pregnancy is progressing? If you have just taken our Pregnancy Blood Test or Pregnancy Progress Blood Test, this guide aims to give your results context and further information about each hormone.

What happens when an egg is fertilised?

After an egg is fertilised, there’s a finely controlled release of hormones that enables the egg to implant and for the pregnancy to progress normally.

Hormones like progesterone, oestrogen, and human chorionic gonadotrophin (hCG) peak and trough throughout pregnancy, which explains symptoms like nausea and breast soreness, but they’re also important to show how a pregnancy is progressing.

WHAT HAPPENS TO HORMONES AFTER AN EGG IS FERTILISED? Beta-hCG (β-hCG): β-hCG is a hormone released by the placenta, and levels rise about six days after fertilisation — this is the hormone that pregnancy tests detect as it is one of the earliest hormones to rise. Levels of hCG typically peak between the eighth and tenth week of gestation and then plateau at a lower level for the remainder of the pregnancy.

hCG supports the corpus luteum to release progesterone towards the beginning of pregnancy as well as other important functions. The corpus luteum is a bundle of cells that forms in the ovaries immediately after an egg is released. It degenerates unless the egg is fertilised.

Progesterone: Progesterone levels steadily increase throughout pregnancy from the first few weeks after fertilisation and peak just before term. Progesterone is produced by the corpus luteum for the first ten weeks, after which the placenta takes over.

Progesterone is responsible for preparing the endometrium (lining of the womb) before the implantation of the fertilised egg. For the remainder of the pregnancy, progesterone plays a role in the development of the foetus, modulation of the maternal immune system, growth of maternal breast tissue, and strengthening of the pelvic floor muscles in preparation for labour.

Oestrogen: Oestrogen follows a similar trend to progesterone, rising throughout pregnancy and peaking in the third trimester. It too is produced by the corpus luteum initially. The rapid changes in oestrogen levels are to blame for symptoms like morning sickness.

Oestrogen controls and stimulates the release of other hormones important in pregnancy. It supports the placenta to grow and promotes breast growth and milk duct development. Oestrogen is also vital to allow the foetus to develop and mature normally.

WHAT CAN HORMONES TELL ME ABOUT MY PREGNANCY?

Levels of hCG typically increase exponentially from day six after fertilisation and peak by the 11th week. Past this point, hCG becomes a less useful way to monitor a pregnancy.

In the first trimester, increasing levels of hCG usually mean that pregnancy is healthy. The upwards trend is more important than the numbers themselves as ranges vary considerably. Typically, levels double roughly every two to three days in early pregnancy.

Low hCG levels may indicate a problem but are not always a sign that something is wrong.

Causes of hCG levels that are lower than expected:

Causes of hCG levels that are higher than expected:

Abnormal progesterone levels during pregnancy are uncommon. However, if levels are significantly lower than expected, it may mean the uterus is not able to carry the baby to term.

Progesterone levels that are lower than expected may indicate:

Progesterone levels that are higher than expected may indicate:

Though progesterone is considered the dominant hormone during pregnancy, oestrogen is just as vital for a healthy pregnancy.

Oestrogen plays a role in regulating progesterone release, and a significant drop could signify a miscarriage. However, there is not usually a need to check oestrogen during pregnancy as it may cause unnecessary worry.

CHANGES DURING EACH TRIMESTER

A lot of the symptoms in the first trimester are due to a surge in hCG levels. These include:

In the second trimester, oestrogen and progesterone levels increase and can cause:

Oestrogen and progesterone reach their peak during the third trimester. Symptoms during this period of pregnancy include:

Pregnancy is a unique and individual experience. As such, great care should be taken when interpreting results — something that may appear abnormal may be harmless, and vice versa. Discuss your results with a doctor if you’re concerned.

There is no right or wrong way to feel about being pregnant, but it’s common to feel vulnerable, anxious, or overwhelmed. If this is the case, speak to your doctor or midwife who can explore these feelings with you and hopefully reassure you.

If you have lost a pregnancy, The Miscarriage Association is a UK-based charity that offers information and emotional support to help you through a difficult time.

An early detection finger-prick laboratory pregnancy test which can detect a pregnancy sooner than an over-the counter urine test. This test can also be used to monitor your pregnancy.
Blood sample
1 biomarker
View

An easy, at-home blood test for progesterone and beta hCG to check that your pregnancy is progressing as it should in the early stages.
Blood sample
2 biomarkers
View

A pre-pregnancy blood test to measure reproductive and thyroid hormones as well as vitamin D levels to determine whether your body is ready for pregnancy.
Blood sample
6 biomarkers
View