Coeliac disease - all you need to know

Everything you need to know about coeliac disease. 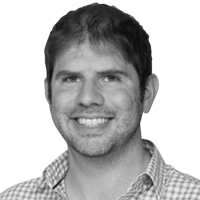 Coeliac Disease – what is it?

Coeliac disease is an autoimmune condition that affects around 1 in 100 people in the UK, with many people being diagnosed in their adult life. In those with coeliac disease, when they eat any foods containing gluten, the body’s immune system attacks its own tissues. This causes the guts lining to be damaged, which hinders the absorption of nutrients from food. Coeliac disease is not an allergy or food intolerance and the only treatment option is a gluten-free diet.

People can have a range of different symptoms which include:

What do the tests mean?

If you are looking to test yourself for coeliac disease, the tests will only work if you’ve eaten a diet containing at least 2 gluten meals a day for the past 6 weeks. Although this isn’t very nice as it’ll probably make you feel unwell, it’s the only way to make sure the antibodies show up on the tests below.

Some people lack IgA antibodies and so this test can sometimes be negative. If you have symptoms, then other tests are advised.

The treatment =  a gluten-free diet A lot of gluten-free foods can be prescribed by your GP and this can really help both practically and financially. Discuss with your GP what’s available.

In the final instalment of our autoimmune series learn more about coeliac disease and what a gluten-free diet is.

What is autoimmune disease?