25% off all tests! Enter code FRIDAY at checkout - ends midnight

What is iodine and why do we need it?

Iodine is essential for our health and wellbeing but many of us are not getting enough in our diets. 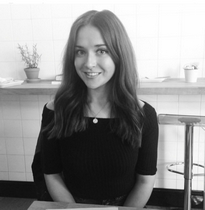 For a long time, iodine has been a forgotten nutrient. But now it is making a comeback.

Interest is growing around the importance of iodine in maintaining our health. Evidence suggests that many of us do not get enough in our diets, but too much iodine, on the other hand, can be harmful. So how can you get it right?

You may have heard that iodine is a mineral that is important for our thyroid. Our thyroid is a butterfly-shaped gland that sits in our neck and produces thyroid hormones. Thyroid hormones travel around our body and regulate every single process, from our heartbeat to our metabolism.

Iodine is essential for thyroid health because it is a vital component of our hormones, thyroxine (T4) and triiodothyronine (T3). Without enough iodine, our bodies cannot make these hormones, so they cannot carry out essential roles in the body.

Current recommendations say that adults need 140 μg of iodine a day to stay healthy. This is a tiny amount, so it is easy to get enough if you eat the right foods regularly.

Good food sources of iodine include:

Women who are pregnant or breastfeeding need a little more iodine. Iodine recommendations rise to 200 μg/day [1], but you should still be able to get this through a healthy, varied diet.

Seaweed also contains iodine, but the amount is very variable [4]. This means that one piece of seaweed could have much more iodine than another, so it is easy to have too much or too little. A small amount of seaweed in your diet, such as eating it once a week, is unlikely to cause you harm.

What are the symptoms of an iodine deficiency?

A low intake of iodine can cause your thyroid gland to work harder, and this can produce swelling in the neck known as a goitre. A milder deficiency during pregnancy or in younger life could cause lower IQ or reading ability in the growing child in later life [1].

Symptoms of an iodine deficiency can differ from person to person but include:

Low body levels of iodine can affect how well your thyroid gland works.

Symptoms of a thyroid problem, such as hyper- or hypothyroidism, include:

You can test how well your thyroid is functioning with a Thyroid Function Blood Test. The test can measure your body's levels of essential hormones such as T3 (the most active thyroid hormone) and thyroid-stimulating hormone (TSH). This can check your levels are in the normal range.

Who is at risk of a deficiency?

In the past, iodine deficiency was a major problem because we relied on the food we grew to eat. If our soil was low in iodine, this would mean our foods were also low in iodine.

Food is now readily available from all over the world, so the severe form of iodine deficiency is very rare in the UK. But there is growing concern that many people live with milder deficiencies, which do not always have obvious symptoms.

Many teenage girls and young women in the UK may not get enough iodine in their diets [1]. Pregnant women may also be at risk; a large study found that pregnant women with mild-moderate iodine deficiency led to their children having lower IQs in later life [2]. Women need iodine from the early pregnancy stages, so you should ensure you are getting enough iodine in your diet for many months before getting pregnant.

If you avoid dairy products (because of an allergy, intolerance, or diet) you could be at risk of iodine deficiency [3]. New research also suggests that people who follow a vegan diet are at higher risk of a deficiency – so vegans should look for fortified food products. You can read more about iodine in a vegan diet.

Should I take an Iodine supplement?

Like many nutrients, iodine can be harmful both in deficiency (too little) and excess (too much) [4]. Supplementing can mean you are at a higher risk of having far too much iodine. Many supplements that seem harmless and natural (such as iodine-containing seaweed supplements) do not have their iodine content measured regularly. So, how could you be sure how much iodine you are putting into your body?

The answer is that you can't be sure. It is a much safer (and cheaper) approach to increasing your intake of iodine-containing foods. Before you consider taking iodine supplements, experts advise that you speak with a doctor. Iodine can be harmful in excess and can even interfere with the medications that you are taking. What’s more, individuals who are deficient in iodine can be more susceptible to iodine’s negative effects. Never exceed the recommended quality of iodine a day (140 μg/day).

The Thyroid Function Blood Test checks your thyroid stimulating hormone (TSH), free T3 (FT3) and free T4 (FT4) to see if you have the right level of thyroid hormones for a healthy me...
Blood sample
3 biomarkers
View