Can a ketogenic diet improve your testosterone levels?

Dr Emil Hodzovic explains more about the theory behind how a ketogenic diet may affect testosterone levels. 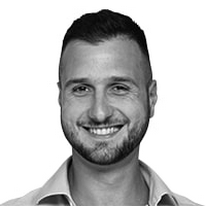 The ketogenic diet has a number of claims associated with it from controlling hunger [1] and melting body fat to increased cognition and focus, and it was actually initially used to successfully improve symptoms of epilepsy [2]. However, you may not have heard that there is some evidence that it can boost your testosterone levels as well [3,4].

For those who don’t know what the ketogenic diet is about – it is essentially a very low carb, high fat and moderate protein diet. The goal is to force the body to start using fat as fuel by starving it of carbohydrates. After an initial period where people often feel pretty rough (dubbed the ‘keto flu’), ketosis kicks in and people can start to enjoy the purported benefits. Most of these benefits stem from the fact that the body produces and uses ketone bodies as fuel (instead of glucose). Proponents of ketosis claim that this is a cleaner and more efficient fuel and that it promotes metabolic flexibility within the body - meaning that the body can access and use fat stores more easily.

This is the theory at least and in light of a lot of conflicting information, I did an experiment a few months back where I followed a ‘keto’ diet for 5 weeks to see what all the fuss was about. I documented my progress and how I felt, along with blood tests before and after, but one of the blood tests that changed favourably was my testosterone level, improving hugely.

Now, I had heard that keto could boost testosterone and that was why I initially elected to get my testosterone levels checked, but I wasn’t convinced that it would actually work, especially over such a short time frame. In any case, it piqued my interest sufficiently, so I dug deeper to see if this was a strategy that could be used reliably. I also wanted to know what it was in particular about the diet that apparently caused the testosterone boost. It’s worth noting at this point that the results that I got were by no means proof of this effect. I only had two data points (before and after) so this could simply have been a fluke result (i.e. a natural fluctuation in my testosterone levels). There are also countless lifestyle factors that can also influence testosterone levels including stress, sleep and other dietary factors and none of these were strictly controlled for.

So, what do we know about diets and testosterone?

For one, we know pretty conclusively that under severe calorie restrictions, hormone production starts to become suppressed. Essentially, the body goes into starvation mode and non-vital functions start to get shut down in favour of sheer survival. This is only really an issue for prolonged [5] and severe calorie deficits and for people who achieve very low levels of body fat [6].

Conversely, in overweight individuals, calorie restriction and the associated fat loss can actually improve testosterone levels, and this is likely secondary to improved health that goes along with fat loss [7]. This is an important confounding factor for the ‘keto testosterone theory’ as keto is often used as a fat loss diet. As health improves and body fat goes down, testosterone can go up irrespective of diet.

Along with severely low levels of body fat causing the body to effectively shut down, very low-fat intakes for extended periods can suppress hormone production [8,9] as steroid hormones such as testosterone are based on the cholesterol molecule [10]. In relation to this, there is also a theory that dietary fibre can impact cholesterol levels [11] and oftentimes fat and fibre within diets are inversely proportional - as one goes up, the other drops. Though studies in vegans, who tend to have higher fibre intakes, show that this doesn’t appear to cause issues with testosterone. [12,13]

Finally, we have evidence that glucose is required for testosterone production [14] and increased carbs can actually increase testosterone when calories and fat content is controlled [15]. This would be a blow to the keto testosterone theory, but the body can still produce glucose while in ketosis and this doesn’t necessarily mean that keto doesn’t also work.

Some of the evidence for higher carb intakes and testosterone levels come from studies where training intensity was very high [16,17]. In these circumstances, it appears that the higher carbs attenuated the stress-mediated suppression of hormones caused by the intense training (which would be similar to the stress during a severe calorie deficit) rather than boosting testosterone production under more standard circumstances.

So, what does this all mean? Well firstly, there are several viable theories for how a ketogenic style diet can increase testosterone levels including the increase in cholesterol intake and secondary to fat loss via improved health [3,4]. However, as we’ve seen, if this is taken to extremes (chronic or severe calorie deficits), this can drop testosterone, especially as the hunger suppression can mean that individuals may be able to tolerate more severe calorie deficits for longer.

In my case, when I did the keto experiment, I stayed in a neutral calorie balance and was a healthy body weight. This meant that I was not inhibiting hormone production while still eating a large amount of fat which put me in a good place for the boost in testosterone which showed up on blood tests. So, to answer the question I posed initially:

Can keto boost testosterone levels? In short – yes it can BUT… (there is always a but). For one, we don’t know the exact mechanism by which this testosterone boost happens. Is it the higher cholesterol specifically? Can this be used without having to go full keto and does either the higher cholesterol intake or keto diet come with associated risks in the long term? [18] There are also several caveats, for example, extreme dieting and extreme training, that can actually cause testosterone to drop.

Would I recommend going keto JUST to boost testosterone? In short, no. Keto has a number of potential benefits including hunger suppression, increased focus and more stable energy levels and some people love it, but it is a very restrictive diet and adherence can be an issue. There is also currently very little long-term evidence for its safety.

Overall, I recommend eating plenty of vegetables and limiting saturated fat (whether you are keto or not!). If you are overweight then drop some body fat, otherwise, keep your calories around a level that sustains a steady body weight over the longer term. Alongside this, there are some basic lifestyle factors that will really help with testosterone levels that I outline in an article that can be foundhere.