Vitamin B12 - could it be affecting your health?

Since including a vitamin B12 test in many of our health checks, we've identified lots of people who are low in this important vitamin. How are your vitamin B12 levels? 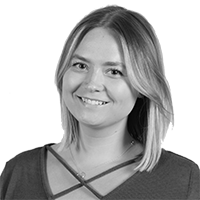 B12 is a nutrient that is essential to the body's normal functioning, but most people know very little about it. Before treatment with vitamin B12 became widely available, many people who developed the most common cause of B12 deficiency, pernicious anaemia, would die.

Even today many people go undiagnosed, because their symptoms are attributed to something else (typically fibromyalgia or chronic fatigue syndrome). However, in its most severe form, vitamin B12 deficiency can cause lasting neurological damage. The good news is that  most people following a typical western diet consisting of meat, dairy and animal products (vitamin B12 is found almost exclusively in animal-based products) will be getting enough. However, certain groups of people are at risk, so let’s take a look at who they are and whether you could be one of them.

What is vitamin B12?
Vitamin B12 is a nutrient that is used in many of the body's processes including tissue and cell repair, energy and red blood cell production and the functioning of nerves and DNA. Lack of vitamin B12 can cause red blood cells to be large and misshapen which affects their oxygen-carrying capacity, causing anaemia and associated symptoms. It is found mostly in animal proteins such as meat, fish, milk and eggs, as well as some fortified cereals and yeast extracts such as marmite. The body has a store of vitamin B12 in the liver so can often manage for a few years with these reserves if not provided with B12 from an outside source, however eventually these reserves will run out too.

What causes a B12 deficiency?
The most common cause of vitamin B12 deficiency is an autoimmune disease called pernicious anemia. In the stomach B12 combines with a protein called intrinsic factor in order to be absorbed by the gut. In pernicious anaemia, the body’s own defense system attacks the parietal cells in the stomach wall that make intrinsic factor meaning that it is impossible to absorb vitamin B12 from the food we eat. The cause of pernicious anaemia is unknown, however is more prevalent in women aged 60 and over, people with a family history of the disease and those with other autoimmune conditions.

There is also a link between vitamin B12 deficiency and thyroid disorders. Hypothyroidism (an underactive thyroid) can lead to low B12 as it can cause digestive issues that hinder the body's absorption of the nutrient.

Other people who can be affected by lack of vitamin B12 include people who are on certain drugs and medications (e.g. proton pump inhibitors for indigestion, metformin for type 2 diabetes and

some forms of birth control pill), people who have had surgery to remove part of the stomach and therefore the gastric parietal cells, as well as the elderly as the body’s ability to absorb vitamin B12 declines with age. It is thought that up to 20% of people over the age of 60 may be affected by vitamin B12 deficiency.

What are the symptoms?
As vitamin B12 is necessary for so many functions in the body, symptoms of deficiency can be equally varied and also affect different people in different ways. These typically include fatigue, breathlessness, loss of appetite and other stomach issues, weight loss, mouth and tongue ulcers, nerve damage including loss of sensation in fingers and toes, muscle weakness, sight and memory problems, mood changes and palpitations.

What can be done?
If you follow a restrictive diet such as veganism, suffer from a thyroid or other autoimmune disorder, or experience symptoms of B12 deficiency, we would recommend that you get tested. A deficiency is diagnosed through a vitamin B12 test that measures the levels of B12 in the blood. Treatment for B12 deficiency will be either daily supplements, tablets or injections which your doctor will prescribe. If you have low levels of vitamin B12 it is important to find out whether it is caused by an autoimmune condition; pernicious anaemia is diagnosed through an intrinsic factor antibodies test and/or a gastric parietal autoantibodies test. If diagnosed it is treated with regular B12 injections from your doctor.

To help you get the tests you need, we have created a new category of tests: B12 and Pernicious Anaemia where you will find all the tests from the simplest vitamin B12 test to more advanced checks and profiles where you can test for B12, examine your red blood cells for signs of anaemia, and test your antibodies at the same time.

If you think you might be at risk of a vitamin B12 deficiency, its never been easier to get the vitamin B12 tests you need.