The after-effects of the Medichallenge

Discover how Veganuary and Dry January can impact our overall health. 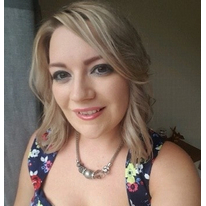 Last month, several members of the Medichecks teamand customers took part in our Medichallenge - a month long challenge were participants were encouraged to go vegan for a month, go sober for 30 days or step up their sports training. In this blog, we look at how the challenge has impacted two Medichecks team members by taking a blood test at the start of January and another blood test at the end of January.

Vanessa, a member of the marketing team took part in Veganuary, which entailed following a plant-based diet for the month of January. A recent Medichecks study shown that those who follow a vegan diet are at a lower risk of developing diabetes and having high cholesterol. Vanessa hoped cutting meat out of her diet would have the same effect on her health.

Whereas, Leanne, a member of our business development team took part in Dry January, a challenge which many are encouraged to try due to the many health benefits including better sleep, losing weight and potentially saving some money. Vanessa and Leanne have documented their Veganuary and Dry January journeys along the way not only with a before and after blood test but also by keeping a daily log of how they have felt and sharing their vegan and mocktail recipe's on social media.

Read on to find out what Vanessa has to say about their Veganuary experience.

Vanessa, how did you feel before committing to going vegan?

This was something that I hadn’t considered doing previously and it is fair to say that before following a plant-based diet, I anticipated many difficulties. I feared I would have cravings, feel deprived because the diet may be restrictive when dining out and ultimately affect my moods. However, I also had positive expectations, I hoped to feel healthier and shift some of the pounds I gained from the Christmas binge!

How did you find the transition to a vegan diet?

For many people, veganism is still quite alien and to my surprise, when I told people I was going vegan, many questioned what foods would I eat, where would I find a range of vegan products and how would I get all my nutrients from a defined food group. However, I soon found out that this wasn’t the case as this year saw a significant rise in meat alternatives, from KFC and Burger King launching their plant-based burgers to supermarkets filling their shelves which a much wider range of vegan products. With plenty of options it wasn’t hard to find a variety of healthy yet appealing food.

Tell us what you found out from your after-blood test?

I took theNutrition Blood Testwhich is afinger prick test to make sure that your body is getting the important vitamins and nutrients. My after-blood test showed noticeable improvements - my inflammation significantly reduced, my iron and folate levels increased, and parts of my cholesterol profile improved. I felt more energised and mysleep patterns also improved throughout the 5 weeks too. Another bonus was that Ihad a clearer and brighter complexion too! Many people worry about not getting enough vitamins and minerals. However, we have shown that you can still maintain healthy nutrient levels. If you are looking for more information on plant-based diets including how our data demonstrate health benefits on a vegan diet, we have created a handy guide: veganism and plant based diets guide.

Now let's find out what Leanne has to say about her Dry January experience.

Leanne, how did you feel about no alcohol for 31 days?

Dry January was a good way of kick-starting the new year with a healthy challenge. It’s not something that I had tried before and after a lot of celebrations towards the end of December for Christmas including birthdays and seeing the New Year in, Dry January was a challenge Iwas willing to accept! Like a lot of us after a long hard day of work, Ienjoyunwinding with a glass of wine and as I had a few social events planned, I was worried I may struggle with not being able to have a drink with friends.

What helped you stick to Dry January?

Early on in January I was faced with my first tempting moment when attending a family friend’s dinner party and wanting to join in with a glass of wine. To resist the urge I ended up opting for a lime and soda water but inawine glass. When I went out with friends, I found that there were a lot of non-alcoholic choices available and bars were advertising Dry January menus. My friends also supported the challenge but I don’t think that had anything to do with them wanting a designated driver..!

Tell us what you found out from your after-blood test?

I took a Diet and Lifestyle Blood Test at the start of January and again at the end. The results showed a positive change after analcohol-free month. The main improvements were evidentin her liver function, with her bilirubin marker improving drastically in such a short period. Leanne’s uric acid levels also improved significantly.

In summary, we found that the experience was much easier than expected. We didn’t feel we were missing out; we could easily find replacements, even when dining out. We both felt more energised especially after a low carb plant-based meal, we even managed to shift those extra pounds we had gained at Christmas - a total of 24 pounds between us. Leanne also found she was sleeping a lot better and improved her bank balance!

Whether you have taken part in Dry January, Veganuary or a new fitness regime, we would love to hear how it went. Tag us in your Instagram stories with the hashtag #Medichallenge and we will repost as many as we can!