Liver disease: coming to a pub near you

You may have read the newspaper reports this week about the rise of liver disease- so why are Britons so prone to developing liver disease? 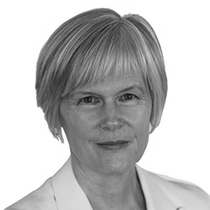 You may have read the newspaper reports this week about the rise of liver disease. A report has found that the number of under 65s in the UK dying from liver disease has increased by 20% over the course of the last decade, a figure which starkly contrasts with that of our European neighbours. Why are Britons so prone to developing liver disease?

Well, upon hearing the words 'liver disease' or 'liver cirrhosis' most of us instantly feel guilt pangs about last night's glass of Merlot. It is true that alcohol consumption is directly linked to developing liver disease (more on that later) but there is also another major cause of liver damage, obesity. It is estimated that 1/3 people will developnon-alcoholic fatty liver diseaseduring their lifestyle, a fact that perhaps doesn't come as a huge surprise considering that 22% of adults in the UK are currently classified as obese. Some of our tee-total clients have been surprised to find their liver is not in fact in top form.

Whether it is due to excessive alcohol consumption, or excessive food consumption, liver disease occurs when fatty cells (triglycerides) build on the liver, the liver becomes inflamed and cannot filter toxins as it should. One of the main problems with liver disease is that there are no real, explicit symptoms during the early stage when the damage can potentially be reversed; the only possible symptoms are fatigue & weakness, nausea and abdominal pain- all of which are quite non-specific. Fortunately, we can provide aLiver Function Testwhich assesses how well your liver is functioning by measuring the levels of various proteins and enzymes in the blood. Other blood tests that are sometimes used to diagnose liver damage are: glucose tests, iron tests, heart disease tests, and cholesterol tests. However, by the time you suspect you might have liver disease, more damage may have been done than is reversible, hence the importance of taking a liver function test to catch any damage before it develops into nonalcoholic streatohepatitis (in the obesity driven cases) or even liver cirrhosis.

There's a huge range of opinions about which drinking habits are the most 'risky' in terms of liver disease. Ideally we would all space our 'limited' drinks out evenly throughout the week, however in reality that can often be difficult and especially with the festive season approaching. The point of this blog is not to preach about sensible drinking habits, or eating habits for that matter, but do take responsibility for your own health. Remember, if you are prone to over indulging in the booze aisle, or are one of the 60% of UK adults who are overweight, take aLiver Function Testto put your mind at rest.

Next month two of our 'medi-guinea pigs' will be taking aLiver Fibrosis Test, look out for their results!

A simple at-home blood test to measure triglycerides, LDL and HDL cholesterol, as well as determining your risk of heart disease based on your ratio of HDL good to total cholesterol.
Blood sample
6 biomarkers
View Cholesterol - do you know your numbers? Think you know all there is to know about cholesterol? Think again!