How to go vegetarian... healthily

Medichecks Dr Hamed Kamali talks to The Telegraph about the many health benefits that can arise from following a vegetarian diet. 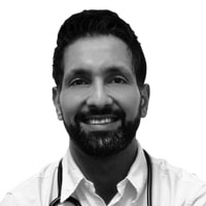 With all the recent talk of veganism, vegetarianism, like a slightly less cool sibling, has lost its place in the health-conscious spotlight. Veganuary, for example, has grown exponentially, while Meat Free Mondays, an initiative introduced by Sir Paul McCartney in 2009, doesn't seem to have taken off quite so voraciously. Maybe it's less glamorous or even seen as a bit half-hearted.

Research by The Eco Experts has suggested Britain is one of the easiest countries in Europe in which to be vegetarian (based on the density of veggie-friendly restaurants, annual meat consumption and the prohibitive price of meat). However, doubts remain over cutting out meat - particularly how to maintain a healthy diet. Plants, while packed with good stuff, don'tcontain all the vitamins and nutrients we need.

We decided to put some questions to Dr Hamed Kamali, a doctor at Medichecks. Dr Kamali, who follows a plant-based diet, said "contrary to popular belief, vitamin and mineral deficienciesare no more prevalent in those followinga vegetarian or plant-based diet. Plant-based food is lower in calories but dense in nutrition, which means you not only feel fuller with fewer calories but are digestingfar more nutrients per calorie".

Clickhere to read the article in full.